If few people predicted that Cibona Zagreb would be one of the four undefeated and exclusive group leaders so far in the Euroleague, plenty others who wrote Fan Mail to Niksa Prkacin last week know the veteran center is a big reason why. Prkacin is Cibona’s top performer so far, adding big numbers to his role as the team leader. At the beginning of the week of this 33rd birthday, Prkacin even gave proof of his professionalism even off-court by coming back from being treated for fever at a hospital and immediately answering Fan Mail that came from his admirers all over Europe. In his answers, there was a hint, too, of the great pride that brought Prkacin back to Cibona to lift his home country’s top team as high as he can before his career ends. “Cibona will be last high-level, professional club in my career,” Prkacin said among his responses. “I am just happy that we are playing well and I hope it is going to last. Cibona was my first serious basketball job and it will always be in my heart.”

Considering the fact that Cibona has started so well, do you think Cibona is playing at the top of its abilities or can the team still improve further? If so, is this just the start of a potential return to Cibona’s glory days?
Luka Hafner, Paris, France

“There is always a possibility to play better, but, frankly and realistically, we are playing really well at the moment and it is hard to expect to play on much higher level then now. This is a new team and we ‘clicked’ after just two months together, so I would be very satisfied if we maintained such a high level throughout the season.”

Dearest old captain. When I think about you, I see you as being a basketball player who never gives up, always wants to win and plays to the best of your ability. That means a lot to Efes fans. I’d like to say “thank you” for being a great player while you were playing at Efes. What does Efes mean to you? What was your most special moment with Efes? I want you to know: Efes fans are never going to forget you. Good luck in Cibona.
Aysegul Icin – England

“Thank you for your nice introduction, I am flattered. There have been many nice moments in Efes, and I was thinking about ending my career in Efes, but unfortunately that was not possible. There was a coach and generation change and I was one of the players that was expected to go. Anyway, life goes on and Efes will stay in my memory as a wonderful period in my life. The best and the worst moments were fighting with Panathinaikos for the Final Four (winning in Istanbul and losing in Athens) and beating Olympiacos by a 50-point margin.”

Dear Niksa, I want to ask you how do you feel playing for Cibona and will it be the last club in your career?
Ljubisa Tripunovic-Doboj , Bosnia and Herzegovina

“Cibona will be last high-level, professional club in my career, but I don’t know if I am going to play for, maybe, Dubrovnik or some other lower-level club just for fun and my satisfaction. We’ll see.”

Hello Niksa, you showed great fundamentals and Efes won lots of matches with the help of your intelligent play. Could you please generally describe the specifications of a quality center? All the best with Cibona after six seasons abroad…
Mert Ozarar – Istanbul, Turkey

“These days the most important things are strength, high jumping ability and athleticism, and not many centers use their basketball knowledge. I think that a great center should have both, but I repeat there are more and more centers that dominate by their strength.”

Dear Mr. Prkacin, this year Cibona filled it’s roster with some returning stars of Cibona’s glorious past and it seems that the strategy is already paying back. Undefeated and playing great basketball, do you think Olimpija Ljubljana should do the same or is this just a coincidence that players like you or Davor Kus seem to raise your game to a higher level every time you play in Cibona shirt on home soil?
Mitja Kriıan – Ljubljana, Slovenia

“There is, of course, a big motivation, but I think the most important thing is that when players return to their original clubs or country they become main players that have bigger freedom in their game. When you play abroad, you are usually just one of twelve players, but when you return home you get much more responsibility and space.”

Hello Nikola, about your career in Greece, what happened there? Why you didn’t play? Everybody thought that you could help a lot with your moves and your ability to pass to the open player. Thanks for your time,
Tasos – Greece

“I came to Greece in the middle of the season, when the team was already formed, and I found out then that I am not the type of player who can play few minutes and make a little impact. It was nice for me in Panathinaikos, everyone was treating me nicely, but my personality could not let me be a player for small roles.”

First of all, I want to say that the Efesliler (Efes Pilsen fans) will never forget you. You are very special player for us and you are also very clever player, like our second playmaker on the court. You can be a great coach. What are your plans for after you retire? Best regards.
Ercan Orhan,Turkey

“I don’t know, I don’t have plans yet. Everyone in basketball is thinking about continuing their career as a coach but we will see. To become a successful coach you have to get a good chance in some club.”

Hi! I am Ivica and I come from Graz, Austria but I am born in Osijek. My question: What are Cibona’s chances to reach the Euroleague Final Four this year? I am a BIG FAN of yours.
Ivica Dadic – Graz, Austria

“There is 10 strong teams that will be fighting for the Final Four, and we are not among them according to our budget. I don’t want to think far. We are playing well and we think about getting into the Top 16. When we get there, we will think about the quarterfinals and so on…”

Hi, Prkacin. I am Fenerbahce Ulker fan but I appreciated you while you were playing in Efes. After four seasons spent here, do you miss Istanbul?
Levent Ozdemir – Istanbul

“I miss Istanbul because that is the only town I lived in for a long period of time. It was great, I have many friends there and I am always happy to come back.”

Hi Niksa, I am really happy that Cibona started this way. I hope it will last for the whole season. There are lots of your fans here in Sweden (I live here for 15 years). How do you feel in the Cibona jersey after so many years? Why did Cibona start so “extra” well this year?
Damir Tolic – Stockholm, Sweden

“I don’t know, I am just happy that we are playing well and I hope it is going to last. Cibona was my first serious basketball job and it will always be in my heart.” 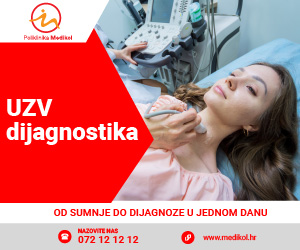 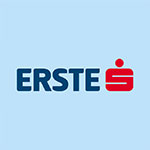